Globally, populations are ageing; by 2050 it is estimated that more than 2 billion people will be aged over 60 years. This demographic shift has been accompanied by an increase in cognitive dysfunction which ranges from mild cognitive impairment to dementia. Certain dietary patterns or nutritional components are recognised to have a beneficial role, thus offering potential strategies to prevent or delay the onset of cognitive dysfunction in ageing. (Poly)phenols are one such category, but linking these to cognition and other health outcomes is problematic because of their transient appearance in plasma which limits the development of robust biomarkers of dietary exposure. The current proposal addresses this gap. Procyanidins, abundant in foods such as tea, cocoa, grapes, nuts and berries, are of specific interest among polyphenols, and are almost exclusively metabolised by colonic bacteria to phenolic acids and valerolactones. The latter are now thought to exert the potential biological effects (i.e. neuroprotective/anti-inflammatory) originally attributed to their parent dietary compounds, but with the advantage of being stable (up to 48h) in plasma, thus offering a new biomarker of dietary exposure to the relevant (poly)phenols. We aim to validate plasma gamma-valerolactones as stable biomarkers of catechin/procyanidinrich foods and demonstrate their association with markers of inflammation and metabolic health, and ultimately cognitive function, in an ageing European population. To do this, we will utilise data and perform new analysis on samples from the Trinity, Ulster, Department of Agriculture Study (TUDA) cohort study, a unique resource designed to assess nutrition and ageing in 5,186 adults aged 60-102 years recruited from the UK and Ireland, and including a range of existing biomarkers, metabolic health status and cognitive measures. Apart from the existing bio-banked TUDA study, we will access data and samples from ‘TUDA 5+’, a follow-up study of 1000participants from the original cohort 5 years after their initial investigation, to determine the role of catechin/procyanidin-rich foods in preventing cognitive decline over a 5 year follow-up period. In this way, our project will identify and validate gamma-valerolactones as novel biomarkers that are modulated by dietary (poly)phenols and associated with favourable health outcomes in ageing. 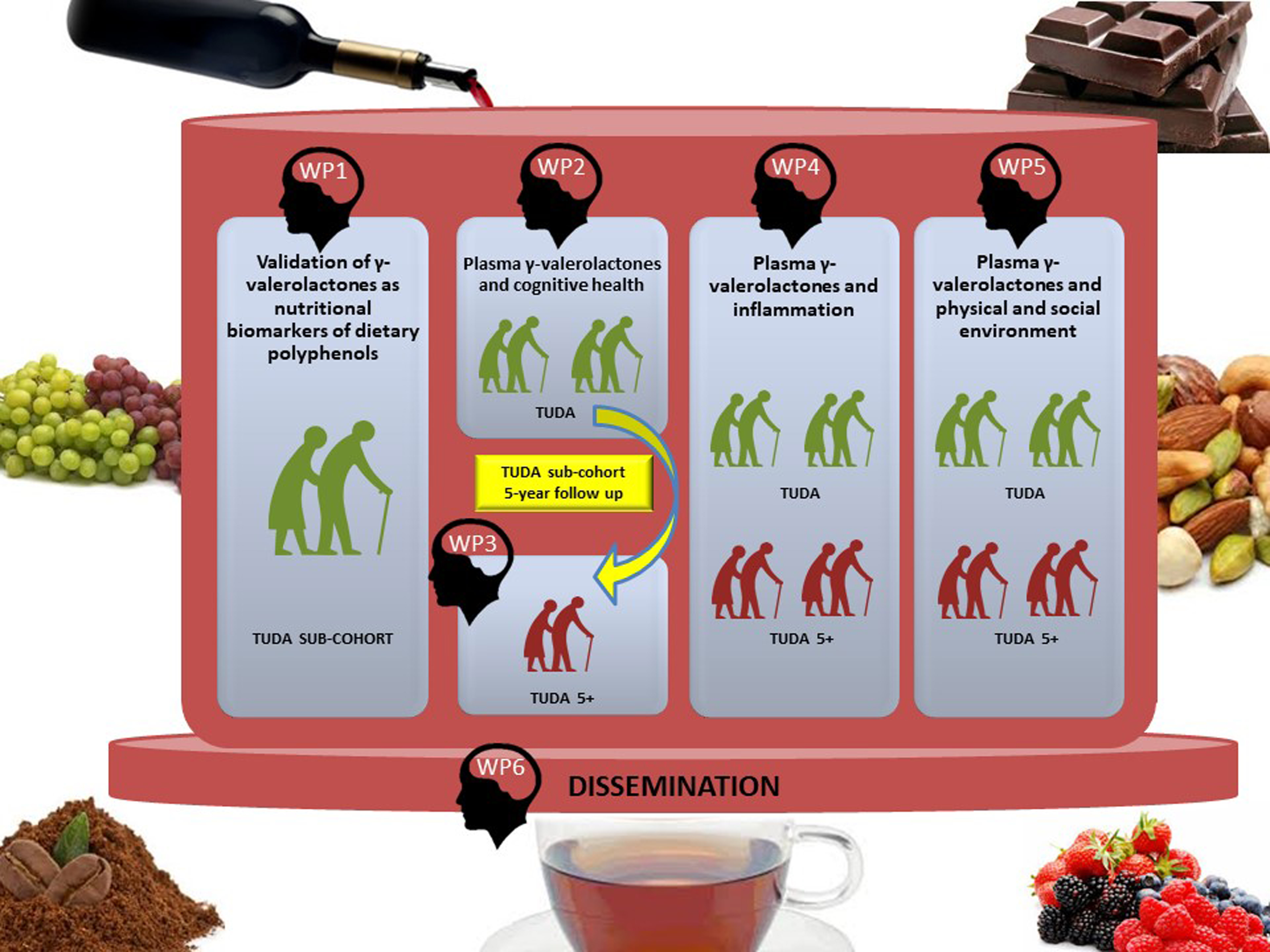