Results from the TUDA study have shown that older people who live in disadvantaged areas have a greater risk of developing cognitive impairment (an early risk factor for dementia) than people in better off areas. The findings of this study, published in the Journal of the American Geriatric Association, are based on novel analysis of data collected for the TUDA Ageing study of over 5,000 older people across the island of Ireland. 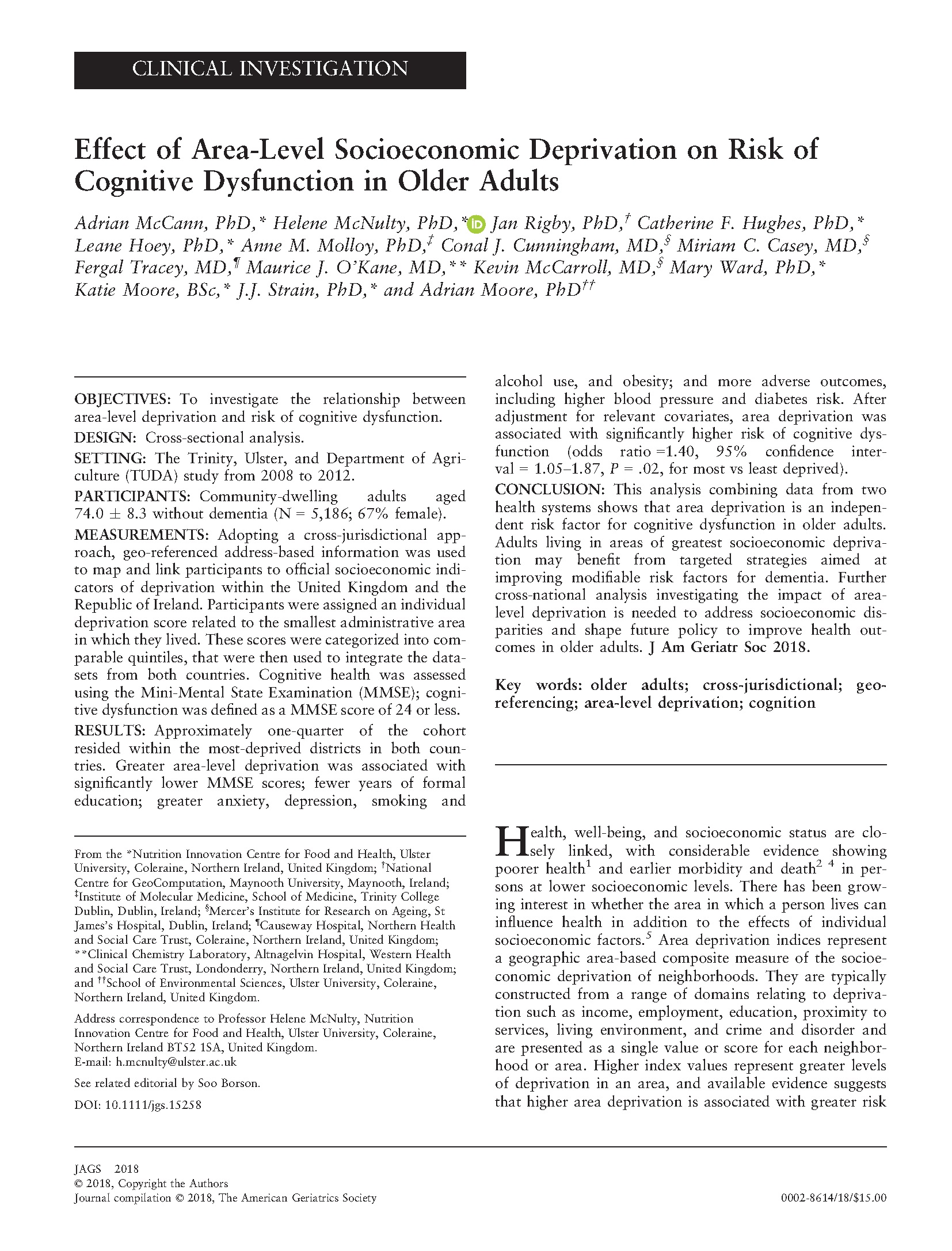